These mythical beings appear out of nowhere, bearing money and enthusiasm.“Oh, I just drove by your office and saw your sign,” they say. Or, “ I was looking at charities online, and you seemed great. How can I help?”

Poof! There they are!

While these occasional encounters are delightful, “Wait for donors to appear,” is not a solid strategy.

So, how do you find new supporters on purpose?

Finding new people to support your cause has been a challenge for nonprofits since there have been nonprofits. There are some classic fundraising traditions for introducing an organization to new people, such as buying or renting a list of prospective donor names from another organization or street campaigning.

The first problem with these techniques is that they rely on cold-contacting strangers. They require you to pin all your hope on people who haven’t expressed an interest in your organization and don’t have a reason to trust you. Sometimes, these people will give, but the connection won’t run deep.

The second problem with these techniques is that they haven’t kept pace with the world. We’re in a new era; one that relies on interpersonal connections, social networks, and peer reviews. Social media has boosted the power of the word-of-mouth recommendation, and cold-contacting strangers just isn’t how it works anymore. Fundraisers have to adapt.

Instead of reaching out to strangers and hoping to make a connection, it makes more sense to get a human introduction. How do you do that? With a community-driven fundraising approach.

Community-driven fundraising leverages your current supporters’ social networks and connections for your organization. It transforms community members into supporters and supporters into advocates for your cause. It’s
based on relationships instead of transactions.

The relationship-based aspect is crucial; it’s what makes community-driven fundraising stand out from the crowd. People pay attention to their friends and families more than organizations. They know that a message from a
friend is more likely to be relevant and personal.

Community-driven fundraising includes: peer-to-peer fundraising, crowdfunding, fundraising events like runs or walks, and DIY fundraising. A campaign can be launched by the organization, like a traditional fundraising campaign, or by supporters, like when someone donates their birthday to raise money for a cause.

Who Are These Supporters, Anyway?

“Our community is everyone!” you may think. You’re not alone. It’s easy for fundraising professionals (and boards, oh my goodness, it’s easy for boards) to think that their goal is to solicit the support of “the general public.” That’s simply too broad a goal to be meaningful.

Instead of aiming for “every person in the world/our town/whoever encounters us,” it’s better to aim at a specific target. Consider your current donors. Do they have any similarities? When you look at your donor data, do any trends emerge? Once you have an idea of who your donors are, you can start to craft donor personas to inform your fundraising efforts.

A donor persona is an imaginary person with the details of the donor group you want to reach. For example, you might find that about half of your donors are married women in their fifties who have a deep personal
connection to your cause, have kids in college, and give an average gift of $200. From this information, you can create “Peggy,” your imaginary ideal donor.

Peggy knows quite a bit about our cause, and wants to go beyond the basics–she doesn’t need a beginner’s explanation of what we do. Peggy hasn’t retired and is advanced in her career. She doesn’t have a lot of spare time, but she has more now that her kids are out of the house. She’s comfortable giving about $200. Peggy is enthusiastic about our organization, but her heart is with the cause, not us. If she thought someone else was pursuing the cause better, she might go there.

Donor personas help you stop shooting in the dark, and start aiming your communications at people who are likely to be interested. Now, instead of trying to reach a random stranger, you’re trying to reach Peggy. You can
create events you think she’d come to, and share stories you think would inspire her.

It’s possible you may have more than one donor persona to target. Different groups in your community will have different interests, and personas can help you clarify who each communication is trying to reach.

Retention And Recruitment Go Together

To start finding new supporters, first, look to your existing ones. There are two major reasons to do this: retention and recruitment.

The donors you already have are more likely to stick around. Statistics show that most first-time donors are also one-time donors–they do not continue to support an organization after that first gift. So as you go looking for new donors, don’t ignore your existing ones. New donors look bright and shiny on board reports, and yes, you do need them, but your stalwart supporters are likely to have greater lifetime value.


But treating your existing supporters right is also important for finding new ones. Even if you have a small number of supporters, the potential of their reach is exponential. Everyone comes to your organization with an existing social network of friends, family, and other connections. With the right inspiration and opportunity, some of your supporters will become advocates for your organization and ambassadors to the rest of your network.
They’ll bring their people to you.

Getting Started With A Community-Driven Fundraising Approach

Community-driven fundraising helps your supporters reach out to their networks on your behalf, on their own terms. It works in three phases: Inspire, Activate, Rally. Think of those words as your magic spell, if you will.

First, you must inspire your community with storytelling. Whether you tell them via video, print, or through pictures and social media posts, human-based stories make people care about your cause, show the impact a donor could have on someone’s life, and the change you’re trying to make. Storytelling helps demonstrate why the cause is important on an emotional level. Giving is an emotional activity–invoke empathy with your story.

This video from Casa Congo’s campaign on CauseVox is a great example of a simple, but dynamic, storytelling.

Next, activate your supporters by giving them something to do. This transforms their relationship with your organization–it’s even less transactional because now they’re working with you. Invite supporters to get active by joining a peer-to-peer fundraising campaign, or attending a fundraising event.

Even the smallest number of supporters can be activated. A peer-to-peer campaign is a great way to get board members more comfortable with fundraising. If you feel like you don’t have a strong enough core of supporters for an organization-launched campaign, invite your existing supporters to try DIY fundraising, like raising money in honor of a holiday or birthday. 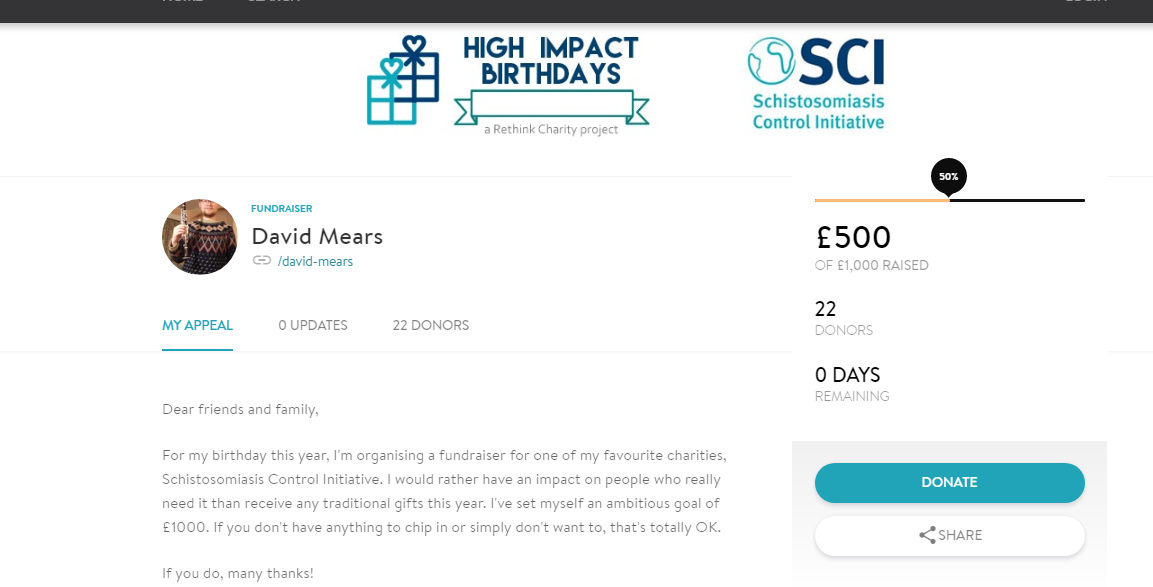 Finally, rally your personal fundraisers by giving them tools, updates, and encouragement as they fundraise on your behalf. Invite their feedback, and continue to communicate with them throughout the campaign.

There are a few more things you can do to attract new supporters. These things aren’t glamorous, but they’re important. Remember to:

It’s pretty cliche to tell you that the magic was inside you all along, but in this case, it’s true.

Those mythical new donors are already connected to you. If you inspire, activate, and rally your existing community, new supporters will begin to appear. The power of community isn’t magical, but it sure is extraordinary.

The First 60 Days: A Step-By-Step Plan To Cultivating New Donors Everything has changed overnight: the way we live, work and connect with each other. While the initial stages of the coronavirus pandemic have been disorienting, we now find ourselves adjusting […]